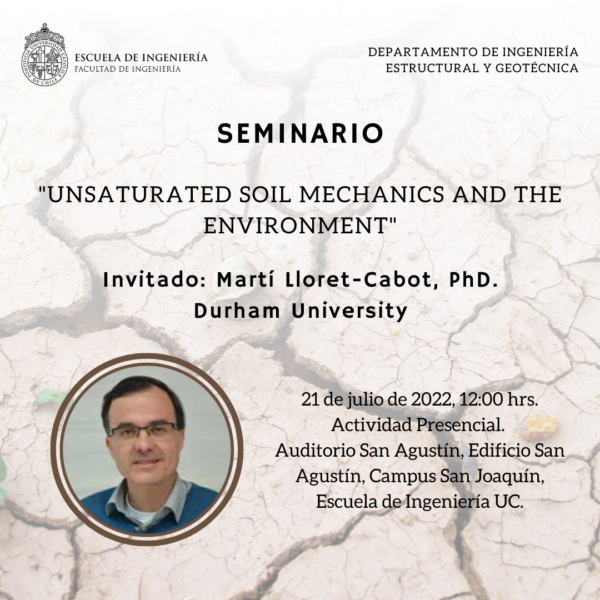 About the speaker: Dr Martí Lloret-Cabot

Martí Lloret-Cabot is an Assistant Professor in the Department of Engineering at Durham University. He received his MEng degree in Civil Engineering at the Technical University of Catalonia (UPC, Barcelona) in 2005. After graduation, he moved to Glasgow to begin a joint PhD degree between USTRAT and the University of Glasgow (UofG), which he completed in 2011. In 2010, he moved to the Netherlands to work at Delft University of Technology (TU Delft) for two years as an Experienced Marie Curie Fellow. He then moved to Australia in 2012 where he spent about five years at the Centre of Excellence for Geotechnical Science and Engineering of the University of Newcastle (UoN, Australia). In 2017, he secured funding to develop his Individual Marie Skłodowska-Curie project «COUPLED» at UofG.

His research expertise is in constitutive modelling of geomaterials when these are under saturated or unsaturated conditions. He has also made important contributions in the area of risk and variability in geotechnical engineering. Particularly relevant is his publication on modelling the spatial variation of soil properties which received the GeoRisk 2014 Best Paper award in 2015 and the 2017 Most Cited award in 2018.