Home » Outreach » About our school 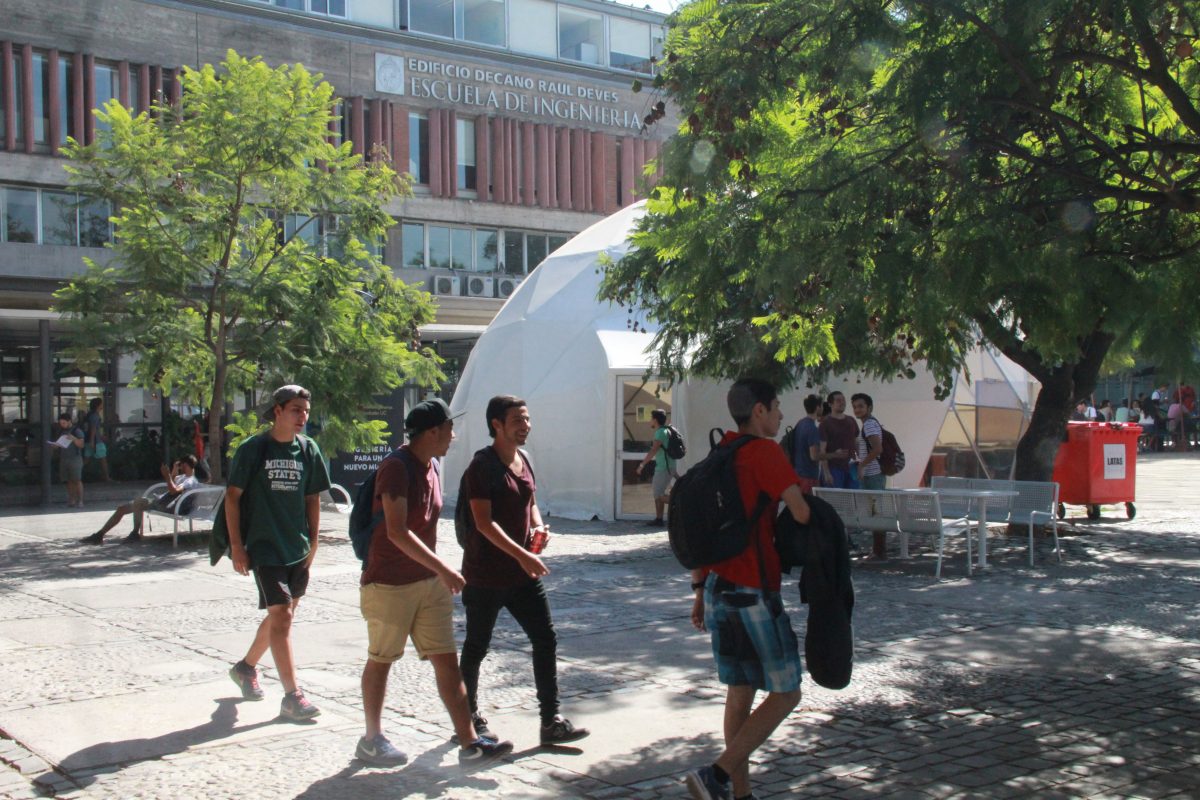 Currently our full-time academic staff includes 168 faculty. They are committed to introducing innovative teaching methods, conducting state-of-the art research and publishing in international journals. The College of Engineering has 10 Departments and 7 Research Centers, and offers Ph.D. degrees in 7 disciplines.

The School also has a division for applied research and technology transfer (DICTUC), the largest of its kind in the country.

The departments of the School of Engineering are:

Chile’s long territory, narrowly entrenched between the Andes and the Pacific Ocean, has a greater variety of climate and topography than any other country of comparable area. Its economic activity is therefore quite diverse, including industries such as mining, fishing, forestry, and tourism, to name a few.

Chile is one of Latin America’s most dynamic and promising markets. Its strength and attractiveness lie not in its size (population: 16 million), but in the energy and professionalism of its entrepreneurs, the transparency of its regulation, and the predictability of its decision-makers.

Market-led reforms adopted close to 30 years ago, and an increasingly diversified economy with strong ties to buyers and suppliers in the Americas, Europe and Asia, have given Chile a wide range of options for further growth. Prudent economic policy-making has secured long-term stability unknown elsewhere in Latin America.

Chile has one of the simplest and most transparent regulatory systems in the region for trade and business, and is particularly promising a market for high technology and capital goods, since it already enjoys free trade agreements with the U.S., Canada, Mexico, Korea, China and the European Union, among others.

Although 60% of the population lives outside the country’s capital, Santiago, 80% of Chile’s economy is controlled from there. Santiago has a mild, Mediterranean climate, and can be reached with non-stop or direct flights from Miami, New York, Dallas/Ft. Worth, Los Angeles, Atlanta and all major capitals of Western Europe. In-country connections are plentiful.

Chile’s superb outdoor recreational opportunities include camping, hiking, mountaineering, mountain biking, downhill skiing, sailing, kayaking, scuba diving, sport fishing, etc. The tourism sector has become a major source of foreign exchange, as much as US$1 billion annually. This sector also enjoys the support of Chile’s modern transportation infrastructure, which has been the recipient of significant investment in the past decade.

Chile is one of Latin America’s largest mineral producers, and since the early 20th century, its economy has been dominated by the production of copper. As there is national consensus on the fact that more basic and applied research is needed to maintain and speed up the development pace of the country, Congress recently passed a law that ensures an unprecedented and exciting influx of funds from the mining industry to research and development in academia and industry.

Research funding is available mainly from CONICYT, the Chilean governmental research agency, equivalent to NSF in the US. Its primary research fund, FONDECYT, provides support for projects in the range of US$ 50k to 150k. The applied research fund FONDEF, on the other hand, supports technology development projects of up to US$ 1 million. Several other funds are available, oriented towards research in particular areas of national interest, for supporting established research groups, and for fostering collaboration in research with scientists worldwide.