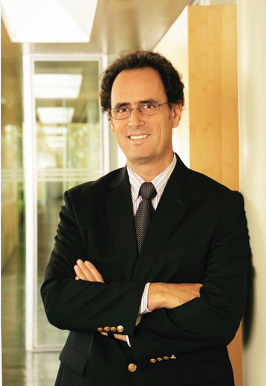 Juan Carlos de la Llera has served as Dean for the Faculty of Engineering since 2010 and is a Full Professor for the Department of Structural and Geotechnical Engineering.

Professor de la Llera received his undergraduate degree in Civil Engineering from the Universidad Católica and completed his MSc and PhD at the University of California, Berkley, where he specialized in structural modelling and dynamics, in vibration-reduction systems, and in seismic risks. He is a founding partner of SIRVE. Furthermore, Professor de la Llera is a pioneer in developing systems that reduce structural vibrations, including energy dissipators (Titanium Tower, Parque Araucano building) and seismic isolators (UC San Carlos de Apoquindo Clinic, Chilean Military Hospital, Coronel Bay Dock). All of these structures successfully withstood the 8.8 magnitude earthquake in 2010.

Professor de la Llera has numerous publications in highly prestigious international journals. Additionally, he has been awarded various competitive governmental funds, including Fondecyt and Fondef, for earthquake-related research and for the development of earthquake-resistant technologies.

The accolades of Professor de la Llera are numerous and include the John Munro Award (Engineering Structures) and the Salas Edwards Award (Institute of Engineers of Chile). In 2010, he was granted the Avonni Award for Innovation in Architecture, Urbanism, and Construction, specifically for the design of the seismic protection system in the Titanium Tower. In 2011, Professor de la Llera received the global distinction of Endeavor Entrepreneur of the Year. In 2013, he was granted the Award for Technological Innovation in Engineering (Universidad Adolfo Ibáñez)

In 2014, Professor de la Llera was selected as a Full Member candidate for the Pan American Academy of Engineering, and in 2015, he was awarded the Best Innovator Award (Diario Financiero). Also in 2015, Professor de la Llera served on the Presidential Commission “Science for the Development of Chile,” and in 2016, he presided over the Presidential Commission “Resilience in the Face of Natural Disasters.”

Since 2010, Professor de la Llera has acted as an advisor on the National Commission on Innovation for Development (CNID, Spanish acronym). This is in addition to being a member for the Global Engineering Dean’s Council (GEDC) and serving on the directory of ChileRep, a multidisciplinary think tank that aims to construct a new long-term vision on recycling and to propose public policies related to waste treatment and valuation in Chile.

This year, dean De la Llera obtained important international designations: he was elected until 2021 as a new member of the international executive committee of the Global Engineering Deans Council (GEDC) headquartered in United States and was appointed as honorary professor in University College London (UCL) until 2023.