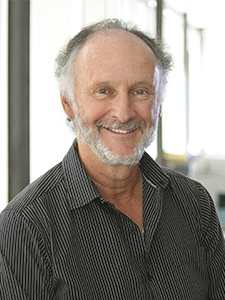 Especialidad: Formulation and estimation of travel demand models and advanced discrete choice models in general. Design and collection of information about revealed and stated preferences. Willingness to pay estimation for reductions in travel time, accidents, atmospheric pollution and noise.

Department of Transport Engineering and Logistics

Full time Professor since 1972. Pioneered the application of discrete choice modelling techniques to determine the willingness-to-pay for reducing externalities (accidents, noise and pollution). The valuation methodologies developed with his research team have been applied in Australia, Colombia, Chile, Germany, Norway and Spain. Founding member of the Institute in Complex Engineering Systems (2007); of the Chilean team leading the Centre of Excellence BRT + (funded by the Volvo Research &amp; Educational Foundations), with MIT, Sydney University, University of Pretoria and EMBARQ (2010), and of the Centre for Sustainable Urban Development (CEDEUS) at PUC (2012).

He has published over 200 papers in archival journals and book chapters. Co-author of Modelling Transport, a book published by Wiley reflecting the state-of-practice in this discipline, which has sold over 18,000 copies and is now in its fourth edition; the book has been translated to Italian (2004) and Spanish (2008). He has also edited four international books and has two further books in Spanish dealing with travel demand models and econometrics of discrete choice. Co-author of Micro-GUTS, a simulation game to train transport planners, which is used by more than 50 academic institutions around the world. Finally, he was Co-Editor in Chief of Transportation Research A from 2012 to 2020, and is member of the editorial board of the journals Transport Policy, International Planning Studies, Transportation Letters, Research in Transportation Economics, Travel Behaviour and Society, Transportation Research Interdisciplinary Perspectives and Multimodal Transportation.

Has managed or advised large urban transport studies in Latin America and Europe, involving the application of advanced travel demand modelling techniques, and the use of revealed and stated preference data. In particular, he led the demand analysis for interurban highway concession projects in the country, using stated preference information and advanced discrete choice models. He also directed the design and implementation work for the largest metropolitan mobility surveys in Chile, such as those for Santiago in 1991 (33,000 households), the Santiago on-going survey that started in 2001-2002 with 15,000 households and interviewed another 5,000 households/year between 2004 and 2007, and the Bogotá 2011 mobility survey where more than 15,000 households were interviewed.